Charge d’affaires, The Royal Embassy of Saudi Arabia in Bangkok

Alami news Agency : Over the last two decades, relations between Thailand and Saudi Arabia have been strained to the point where the Kingdom’s embassy in Bangkok no longer has an ambassador at its head but a charge d’ affaires. This downgrading has been caused by three cases that still remain unsolved — the jewellery theft scandal, the kidnapping and disappearance of a Saudi businessman and the assassination of three Saudi Arabian diplomats.

Questions often asked over the two decades have been: “When will smooth bilateral relations resume and why is it so hard for relations to be restored?

No one can answer the questions or offer explanations addressing these issues better than His Excellency Nabil H. Ashri, charge d’affaires of the Royal Embassy of Saudi Arabia in Thailand.

The Alami editorial is honored to have an exclusive interview with His Excellency Nabil H. Ashri. Prior to the completion of his six-year term in Thailand in June this year and taking up a new posting in Germany, he touches on many issues, including the one above, and also talks about the feelings that reflect Saudi Arabians’ opinions towards Thailand.

The following is our conversation with His Excellency Nabil H. Ashri, which will shed some lights on the future of relations between the two Kingdoms.

The Alami : How have relations between Thailand and Saudi Arabia changed over the past six years?

During my term in Thailand, it has been apparent that everything has been done to meet the goals and to restore the friendly relations that we enjoyed in the past. I am always and still trying my best to ease the unsolved problems. I am an optimist and hope we will reach the day when our good relations resume.

The Alami : What have you done to make the relations smoother?

I have officially met and discussed with high-ranking state officers the follow-up of the unsolved cases. I also explained the losses both countries have continuously faced throughout the six governments.

In addition, I have always talked to many high-ranking officers whom I consider close friends, as I am dedicated and committed to developing better bilateral relations between the two countries.

Working with many governments in Thailand, I have come to realize that after we make a step forward, we often are left in limbo due to the changes in a new government. We have to start all over again with each new government, resulting in delays in reviving bilateral relations. We hope that the current government will be able to find solutions to restoring relations.

The Alami : What losses have both countries faced from the downgraded relations? And what benefits can we expect if relations become smooth again?

The economy, trade, investment and tourism of the two countries have been affected by the downgraded diplomatic relations

I do hope that friendly bilateral relations will resume in every aspect. We both play key roles in the world’s economy and regional international relations. What is certain is that people of both countries will gain optimum benefits in all areas if relations are revived.

The Alami : Can you illustrate your efforts in improving relations between the two countries? What difficulties did you face despite the similarities in terms of the monarchy and government system?

My most important task has been reviving bilateral relations. Making friends with high-ranking officers has helped tremendously in following up the unsolved cases, which is key to resolving many of the difficulties and improving relations. With the ruling similarities in the monarchy and government systems, the resolved cases will be a crucial factor in achieving all our goals.

The Alami: What are the feelings of the Saudi Arabian government towards the Thai government today? Are there any lingering issues?

Of course, there are still the three unsolved cases - the assassination of the Saudi Arabian diplomats, the killing of a Saudi businessman and the jewelry theft - which the Thai government has been working on. I hope the present government will be able to solve all the remaining problems.

The Alami : Economically speaking, if we are successful in reviving the relations, do you think the Saudi Arabian government and investors will still be interested in doing business in Thailand? How are economic relations between the two countries?

If we try our best to resolve the three cases and if there are security guarantees for Saudi Arabians in Thailand, the Saudi Arabian government is ready to restore relations with Thailand and welcome Thai people to work in Saudi Arabia once again.

In the past we had more than 450,000 Thai people working in Saudi Arabia, a substantial number compared to non-local workers in the country. Right now there are only 10,000 Thai workers, most of who were granted working visas prior to the three cases. Thai workers are outstanding in many aspects. They work hard, are diligent and patient. With billion of dollars in national development, Saudi Arabia is ready to invest in Thailand.

Thailand is one of the key countries in Southeast Asia while Saudi Arabia plays a crucial role and is one of the leaders among the Middle Eastern countries. Close ties between the two countries would definitely contribute to the betterment of people at the regional and global levels.

The Alami : Thailand will become a part of the ASEAN Economic Community in the near future. What is your view on the integration of the Asian countries?

The integration of the 10 ASEAN countries is a good sign. I believe that the community will be successful. Integration means strength. The member countries will learn from one another in all aspects, including culture, economy, and transportation. For Thailand, if relations with Saudi Arabia become smooth once again, Saudi Arabia and the other six Arabian countries will invest more in Thailand.

If and when relations are as smooth as before, large investment groups not only in Saudi Arabia but also in the other six Arabian countries will also invest in Thailand.

The Alami : If the relations between both countries have not been restored by 2015, what do both countries stand to lose after the emergence of the ASEAN Economic Community?

Every bilateral problem has negative effects on bilateral relations. I am the confident that the Thai government is well aware of Saudi Arabia’s role on the international stage. Smooth relations between our countries will result in positive collaboration at the regional and bilateral levels.

The Alami : What kinds of investment do the Arabian countries have in their sights for Thailand and ASEAN countries?

The Arabian countries are currently investing in ASEAN countries like Cambodia, Malaysia, and Indonesia and these investments are quite sizeable. They have not invested in Thailand due to the downgraded relations between the two countries. If relations become smooth, everything will be easier.

The Alami : What do you think about the growth of the Thai Halal Food Industry?

The Alami : How will the revival of relations affect the quota of Thailand’s participation in the Hajj?

At present there are 130,000 pilgrims from Thailand. The quota is specified by the Organization of Islamic Countries, Saudi Arabia. We do not interfere with the quota.

The quota allows one thousand pilgrims per one million Muslims per country. Saudi Arabia offers facilities for pilgrims not only in the Hajj but also for other occasions and this is something the country has always practiced.

The Alami : In your opinion, is the revival of the bilateral relations, as many people expect, possible? Why?

I am always an optimist. I do hope that the Thai government will urgently solve the cases and improve relations. I am confident that the people and the governments of the two countries will mutually benefit from friendly relations.

I am pleased to say that I am honored to work in Thailand and very happy and proud to have great relations with the Thai people, not only the officers but also the people themselves whom I love and respect.

I always hope to see the relations between Thailand and Saudi Arabia improve and go from strength to strength, as they should be.

The Alami : Will Saudi Arabia’s policies towards Thailand change after you leave?

Throughout my six years in Thailand, I have tried my best to revive the bilateral relations that have been downgraded over the past 20 years. Saudi Arabia’s policies towards Thailand will remain unchanged after I leave. The situation as regards future relations will depend on the vision of the next charge d’affaires.

Prior to my time in Thailand, relations had been cut to almost nil. In my six years in Thailand, I have seen six governments and seven foreign ministers. Although relations have gradually improved, they are not as good as I would have expected. My wish is that relations will become as smooth as they were in the past.

The Alami : During your six years of working in Thailand, which specific tasks are you most proud of? And is there any task that you wish to hand over to the next charge d’ affaires?

I would like to thank God for my close relations with Thailand, which I am very proud of. I have sensed the wish of the Thai people in pushing their country forward. My contacts with many parties still remain unchanged. And I hope that when these cases take a turn for the better, Saudi Arabia will participate in the economic and social development and invest in Thailand. Saudi Arabia will benefit from Thailand’s experiences and expertise in different aspects.

I wish to see the good relationships between the two countries resume quickly after the many problems have been resolved. And I hope that the next charge d’affaires will continue contributing to the follow-up of the cases. 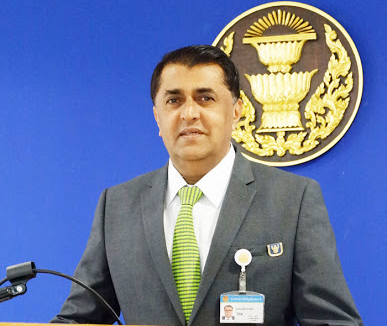 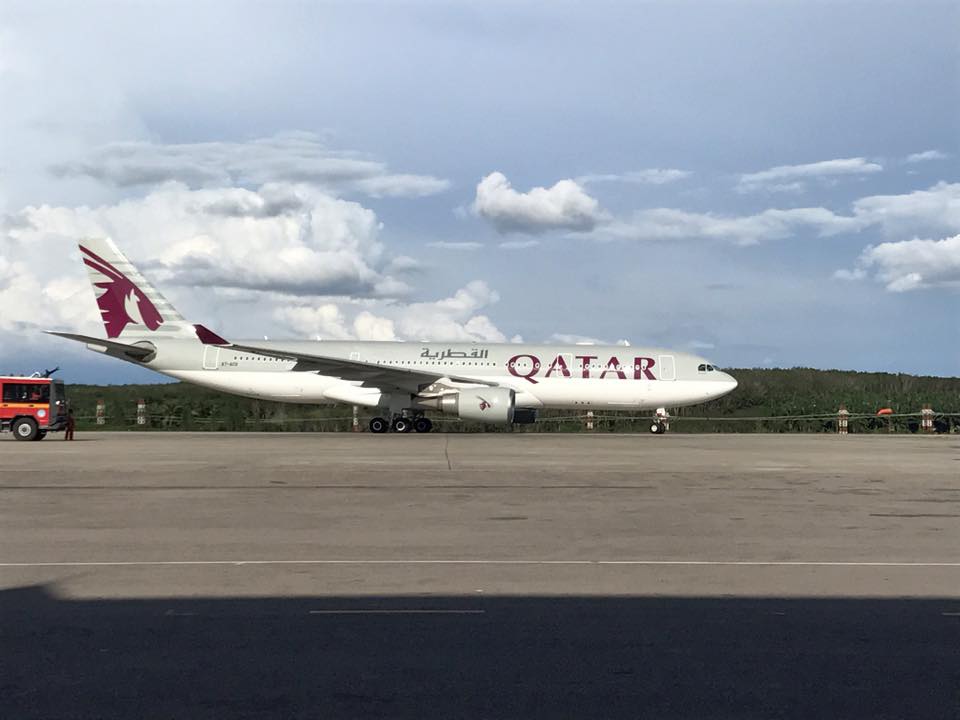 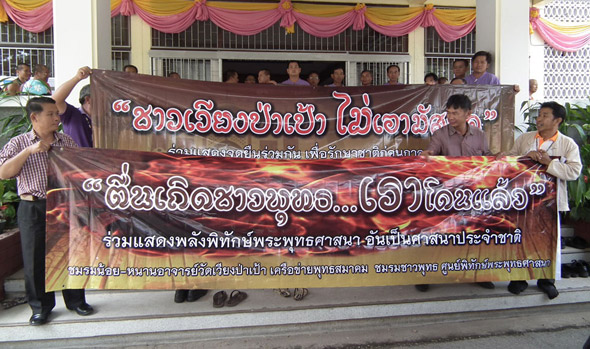 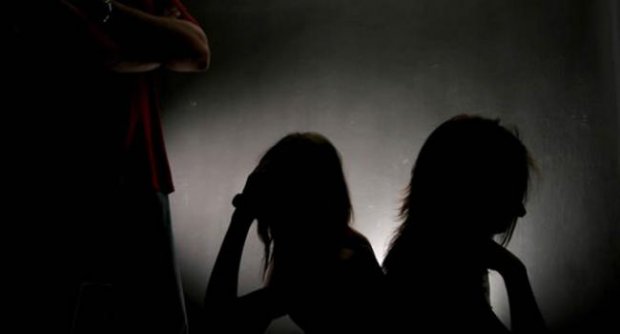